This delicious, easy-to-make snack is sold on street corners all over the China.  These are served whole as fluffed-up mounds, a whorl of crispy strands on the outside encircling a moist, tender center, very much like an Indian paratha. 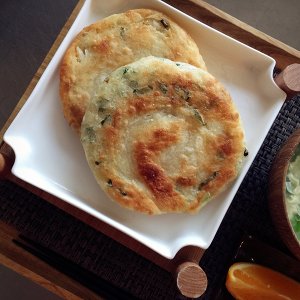 Step 1:    To make the dough, place the flour in a medium work bowl. Use chopsticks to stir in the boiling water until large flakes have formed. Turn the dough out onto a lightly floured board and knead it gently, adding a little extra flour as needed, until the dough is as soft as an earlobe. Rinse out the bowl, wipe it dry, and pour in a little oil. Toss the ball of dough around in the oil and then cover the bowl with either plastic wrap or a damp towel. Let the dough rest for 20 to 30 minutes. 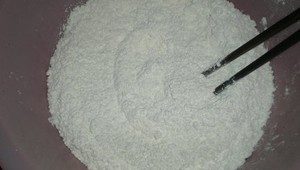 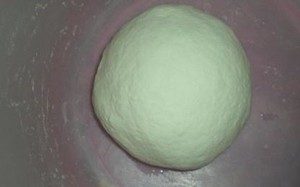 Step 2:    While the dough is resting, make a thin paste by mixing together in a small bowl the flour, salt, optional Sichuan peppercorns, lard (or shortening), and oil. Finely chop the green onions. 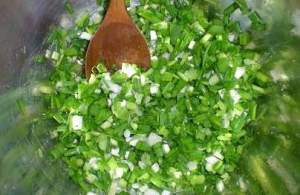 Step 3:    Divide the dough into 6 equal portions and roll each portion into a smooth ball. Working on 1 piece at a time, and keeping the other portions covered so that they do
not dry out, use a Chinese rolling pin to roll the ball out into a strip about 12 inches long, then pull gently on both ends to create a strip 18 inches long. Smear one-sixth of the paste on top of the strip and sprinkle one-sixth of the onions all the way down the strip. 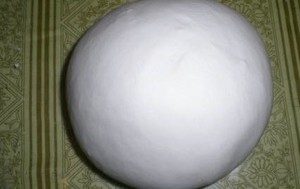 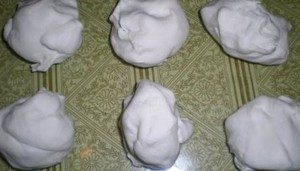 Step 4:    Roll up the strip from one of the long sides to form a rope, and then pull this rope gently to form a strand 24 inches long. Repeat with the rest of the dough and paste until you have 6 strands. 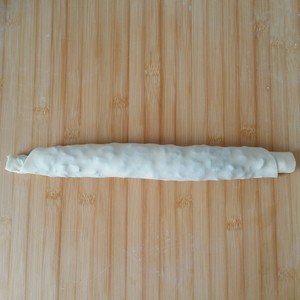 Step 5:    To make  Scallion Flatbreads, coil the strand until you have a flat circle.   Put the end in the middle.   Then it over.   Then roll this circle out into an 8-inch disk. Repeat with the rest of the strands until you have 6 disks. 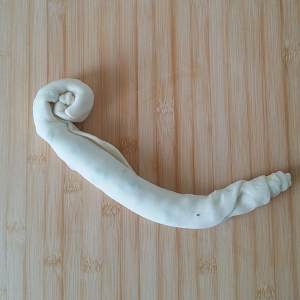 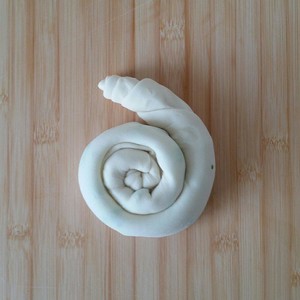 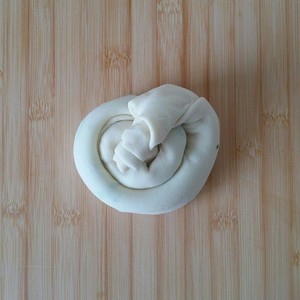 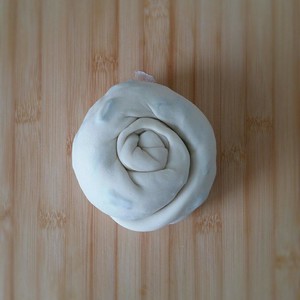 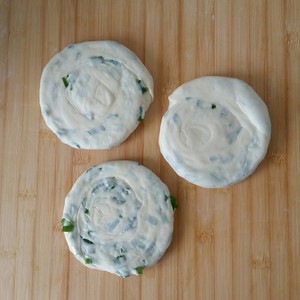 Step 6:    Heat a flat frying pan over medium-high heat and then film the bottom with oil. As soon as the oil is hot, place a bread in the pan. Coverthe pan and fry until the bottom is golden and the bread is puffy. Turn the bread over, cover again, and fry until the second side is also golden. Remove to a plate lined with paper towels. 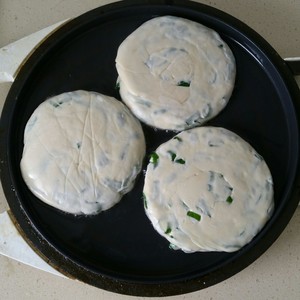 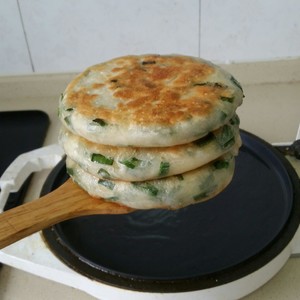